The Kiwi bird is known around the world as the unofficial national emblem of New Zealand and is instantly recognisable by its long bill, dark feathers and beady brown eyes.

The bird has become a huge part of New Zealand’s culture for centuries as it symbolises the the uniqueness of New Zealand wildlife and value of natural heritage.

You can find the iconic bird throughout all areas of New Zealand, usually within sanctuaries for preservation or roaming wild in forest locations.

Find out more about this iconic New Zealand bird below. 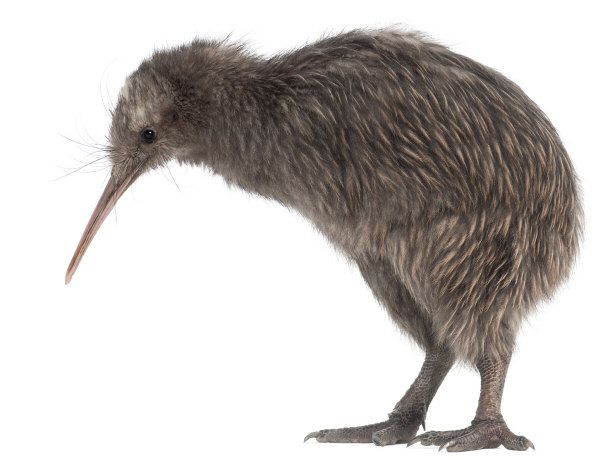 Kiwi birds are classified as part of the Ratites family (which includes ostrich, emu and cassowary species) and are about the size of a domestic chicken.

These unique birds have no tail, strong legs and hair-like feathers and are the only birds that have nostrils on the end of their long bill. Kiwi birds use their long bill to detect food, which includes invertebrates and fallen fruit hidden on forest floors.

Like many of New Zealand’s native animals, they are mostly nocturnal and live in forest locations, where they make their nests in hallow logs or under vegetation. They typically live anywhere between the ages of 25 – 50 and despite their iconic national status, all five species of the bird are classified as threatened or at risk.

Perhaps one of the most unique aspects of this bird is their significance in New Zealand culture especially to Maori, who view the bird as a Taonga (meaning treasure) and a child of Tanemahuta, god of the forest.

In Maori culture, the Kiwi bird’s feathers have historically been woven into beautiful cloaks and given to people of high rank as a symbol of power and authority. Although the species is now protected, they are still treasured and loved by all cultures and have become a vital part of the nation’s identity.

Threats to the species:

Despite their iconic status, there are only around 68,000 Kiwi birds left in New Zealand with the number dropping approximately 2% every year. This is due to many things, including animals like stoats, dogs, wild cats, ferrets and more who compete with the bird for food or see it as prey. Conservation of the Kiwi bird has become a high priority for New Zealand with as many as 90 conservation groups working to protect the native bird from accidental deaths, deforestation, disease and starvation, all which are contributing to the rapid decline in numbers.

Whether you are a New Zealand local or are travelling to our beautiful country, make sure you visit these unique birds at one of our many Kiwi bird houses or sanctuaries throughout New Zealand.